What Is Purchasing Power Parity?

The purchasing power parity (PPP) theory asserts that foreign exchange rates are determined by the relative prices of a similar basket of goods between two countries.

Developed in its modern form by Gustav Cassel in 1918, the concept of PPP is based on the law of one price - in an ideal and efficient market all identical goods must have only one price.

The purchasing power of different currencies is equalized for a given basket of goods.

The PPP theory's baskets of goods comprise of a sample of all goods and services covered by gross domestic product (GDP). It includes followings:

The Big Mac Index is a survey by The Economist which measures the PPP in about 120 countries. 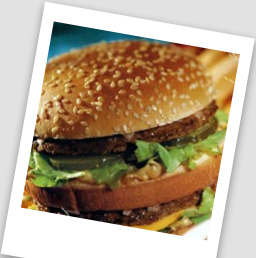 The name is derived from the Big Mac, a hamburger sold at McDonald's franchise restaurants.

Also known as "burgernomics", according to the Big Mac Index method, the exchange rates between two currencies should naturally adjust so that a sample basket of goods and services should cost the same in both currencies.

The "basket of goods" in the case of Big Mac Index is considered to be a single Big Mac burger sold at McDonald franchise restaurants.

The Big Mac was chosen because it is available in around the world McDonald franchise restaurants. And McDonald, at least in theory, can significantly negotiate input prices from its suppliers creating a sort of efficient market.

Thus the Big Mac Index is used as a yardstick to identify if a currency is expensive or cheap.


Reference: The Organization for Economic Co-operation and Development